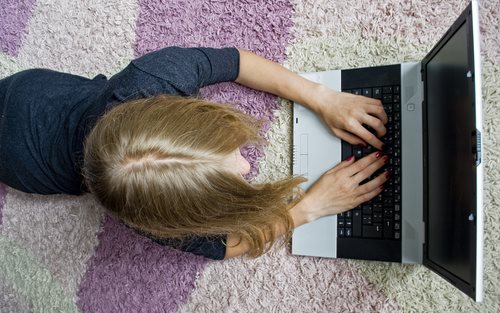 Media Censorship is the act of altering, adjusting, editing, or banning of any or all media resulting from the presumption that its content is perceived to be objectionable, incendiary, illicit, or immoral by the applicable legislative authority or Government within a specific jurisdiction. The ideology, methodology, and measures or determination regarding media subject to Media Censorship exists in conjunction to the vast expanse of the varieties of media in existence; this can include – but is not limited to books, publications, expressions, products, services, radio broadcasts, televised broadcast, Internet-based broadcasts, films, movies, pictures, images, videos, and speech:

The Causes of Media Censorship

Online Crimes are defined as the participation or engagement in unlawful, illicit, and illegal behavior through the usage of the Internet; digital Media Censorship of activities and expressions considered to be criminal in nature are vast – the following are examples of criminal activity subject to censorship within the media:
Media involving the promotion or undertaking of criminal activity, threat, malice, or the promotion of illegal and damaging ideas with the intent to cause harm
Media involving subject matter and content presumed to endanger the welfare of the general public, in addition to media assumed to compromise the safety and wellbeing of the public
Media that is in direct violation of accepted and applicable legislation with regard to a particular jurisdiction or location

Media including pornographic images depicting minors, children, or individuals below the age of 18 is considered to be a very serious offense; this criminal activity is not only applicable to those parties responsible for the release of this nature of media, but also to those individuals in ownership of that material:
The ownership, transmission, or receipt of pornography or media sexual in nature involving children
The solicitation of minors – or those below the age of consent – to participate in sexual activity; this can range from physical sex crimes to virtual sex crimes
Pornographic images depicting sexual acts involving animals, violence, injury, and simulated relationships illicit and unlawful in nature are also considered to be illegal and subject to Censorship in America

Internet Law, which may be classified under as a subgenre of ‘Cyber Law’ or ‘Computer Law’, is considered by many to be one of the most recently-developed legal fields as a result of the ongoing advent of computer-based technology; furthermore, the notion of digital or virtual Media Censorship is considered to be overseen by legislation expressed within this legal field. The reliance of the media of modernity on Internet-based, online activity has promoted the development of a variety of measures addressing digital media censorship, including the ethical and moral use of the Internet for lawful and legal purposes.