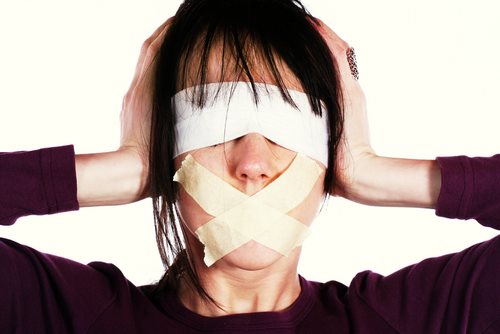 Censorships are the acts of adjusting, editing, banning, or altering products, expressions, or items considered to be elicit, unlawful, lewd, or objectionable in nature with regard to the setting in which they exist. Although both the parameters and protocol surrounding the wide range of procedure latent within censorships, which can range in nature from broad to particular, a bulk of the classification of materials subject to censorships exist in tandem with applicable legislation based of locale, intent, and the nature of the expression, activity, or item in question.

Censorships taking place do so enacting the precepts of Administrative Law. Administrative Law is the legal field associated with events and circumstances in which the Federal Government of the United States engages its citizens. This includes the administration of government programs, the creation of agencies, and the establishment of a legal, regulatory federal standard, and any other procedural legislation enacted between the government and its citizens.

The Abington School District v. Schempp was a court case forbidding the existence of prayer within in secular and public educational facilities; while the notion of prayer is widely accepted in other realms and settings, censorships such as this removal of prayer from public schools is an example of the intent of the expression in lieu of the content.

The Miller v. California case was one in which Marvin Miller, who dealt in the sale of products considered to be sexual in nature, was arraigned with regard to advertisements of his products in a public setting that were presumed to be in violation of the California penal code; although the products that he was selling were not expressly illegal, the setting in which they existed were considered to be a violation – Justice Earl Warren mandated that lewd material did not belong in a public sector.

However, images and expressions that are considered to be illegal in nature are subject to censorships; in the event that an activity or expression directly violates applicable laws and statues undertaken within a specific location, the freedom of expression undertaken in order to present that expression is nullified

The following terms are typically applicable to the classification and qualification of censorships enacted on both private and public levels:
Intent is legally defined as the intended result for which one hopes as a result of their participation in the release or authorship of media
The public sector is defined as any setting in which individuals of all ages inhabit that comply with legal statutes of accepted morality and proper behavior

Privacy is a state in which an individual is free to act according to their respective discretion with regard to legal or lawful behavior; however, regardless of the private sector, the adherence to legislation and legality is required with regard to the activity or expression in question